You can call them midgets, dwarfs or little people professional wrestlers. But the reality is these extreme midgets wrestling have been entertaining audiences for well over a half-century.
Known as “midget wrestling”, use of little people in professional wrestling can trace its roots back to the 1950s. Since then the attraction for dwarf wrestling became popular.
You shouldn’t be shocked to know that at first both men and women midget wrestlers were the part of midget wrestling world. They would compete in all manner of matches. Midget wrestling has always carried with it a certain sideshow appeal, with the midget wrestler’s often balancing high doses of comedy with competitive matches.
Today midget wrestling’s popularity has waxed and waned over the decades. Some midget wrestlers utilize high-flying lucha libre styles. Some just love to be the part of comedy skits. Some just do Midget tossing kind of stuffs.
Professional wrestling organization like WWE has always works towards the midget wrestling promotion in the world and has often employed the use of midgets and little people over the years with varying degrees of success. With such a long history of midget wrestling there has been plenty of entertaining performers, with an even longer list of memorable moments.
What would you do when extreme dwarf wrestling entertainment dwarfanators.com/  come to your town?
Experience the action-packed wrestling of Midget Wrestling and buy your tickets now. You don’t want to miss the live and insane midget wrestling action of your lifetime. We guarantee the best Extreme Midget Wrestling entertainment for you. Out midget wrestling are preparing them to provide you with action packed show. Book your ticket now.
The action will be off the charts as Dwarfanators brings you the greatest midget wrestlers on the planet! You’ll see Nasty Bowa, Little bastard and Rampage and many others do battle in the squared circle. This is an event for all ages. 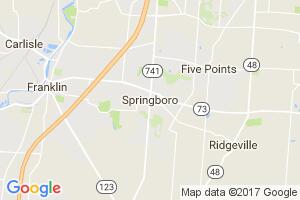